I tried every rule in the book. Counted from 1 to 10324 until I ostensibly forgot counting. Solved three sudokus. Read the *most* boring essay in ‘The Argumentative Indian‘. Flipped through 125 television channels in thirty minutes; even tried studying the hardest chapter in my Computer Organization text! 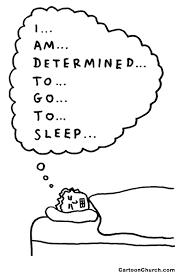 That made me press the panic button (oops, the ‘Power’ button of my CPU). Yeah, it turns out that my LG 15″ CRT monitor is the ultimate sleeping-pill with its eye-popping radiation levels. Try staring 10 minutes into it, and you’ll find your eyes water up, despite a branded ‘anti-glare’ screen with UV absorbers! Happily realizing the pros of having the PC in my room, I switched it on and went online. For a while I had Syam (my once-junior-at-school and great friend) for company in Yahoo; but after a short while he too left, with a rather cryptic status message: “Fooding!” Ye, he was dining at 12:25 AM!!

I almost felt like Edward Norton from Fight Club, who shed tears with Testicular cancer patients in all his desperation to catch a wink! But the sad fact was that I didn’t have any cancer patient in a stone’s throw; well… I couldn’t be sure and there was absolutely no way to find out in the dead of the night! And that’s precisely why I’m typing away now. Yeah, I need sleep and hopefully I’ll be in Morpheus’s arms (that’s a sort-of an idiom, dumbos!) by the time I finish this post. 😀

Another way of my finding sleep was through phone calls. This was a sure-shot method with an extremely high success-rate. Until almost a year ago, I used to have daily telephone conversations with a cousin of mine. We would open up to each other on phone almost everyday for an hour or so. She was armed with a postpaid connection with low call rates and her parents imposed barely no restrictions on her phone bills! 😀 *Sigh* those were the days, ‘insomnia’ used to be an alien term! 🙂 After every such conversation, I’d immediately hit the sack and sleep like a baby for over seven hours. But eventually my cousin got busy with studies and we rarely got time to talk to each other. Talk-habits suspended abruptly, I found my insomnia heighten; even bringing in a stage of mini-depression. (If I’m not wrong, my cousin too has the same problem!) But with time, the depression and the insomnia diminished to a great extent. I’d relish fits of sound sleep, at least 25-26 days a month. Yet occasional fits of insomnia would recur, like today.

Well… I have yet another innovative sleep technique that pertains to phone calls. 😀 If the going gets worse and if I’m truly enraged by lack-of-sleep; I’d fish out my landline and call someone up! Mostly (read “Always”) the person I’d be calling would be a girl. It goes like this; half an hour into my sleepless night, I instinctively get the sudden urge to listen to a female voice. Not it’s nothing romantic, I don’t go horny or anything, but the feeling is intense, and I kinda go nuts if I’m not able to fulfill it! My female friends (not everyone, just two or three close ones; my ‘regular’ callers) are aware of this problem (hormonal trouble, as one puts it) and they’ve learned to put up with it. Our conversations would border on the most inane and mundane of things. I’d ask and prod THEM to talk to me. And I’d intently listen to all what they say with some religious zeal. 10 to 15 minutes of “How-she-bitched-at-me-today” to “I-really-think-that-girl-needs-a-kick-in-the-ass” later, I’d find my eyes droop. I’d thank them for talking to me and hit the sack. Extremely desperate situations when all my friends are too tired to engage in nightly-conversations find me dialing AirTel customer care, and I’ll be praying to get a female-executive on line!! Take my word, some executives may get real friendly; and once I kinda befriended a voice agent. 😉 Today, well, all my close female friends are either asleep or refusing to take my call. Besides, my mobile handset is dead, so I can’t call airtel customer care either. 🙁

Ah… my eyes are drooping. The radiation-effect has started. This is the ideal time!! If I don’t sleep now, I’ll sit here all night. Righto’!

And btw, Happy Friendship day, everybody!! I’d like to dedicate this post to EVERY female friend of mine who’s patted me to sleep. Thanks a bunch, gals. You’ll always be in my heart! Love you all! 🙂

[For those who’ve noticed the discrepancy regarding the delayed publishing of this post, well, I ostensibly forgot to click the publish button yesterday night! That’s why this post is being published at 5:20 PM, Aug 4, instead of 1:26 AM!! :P]